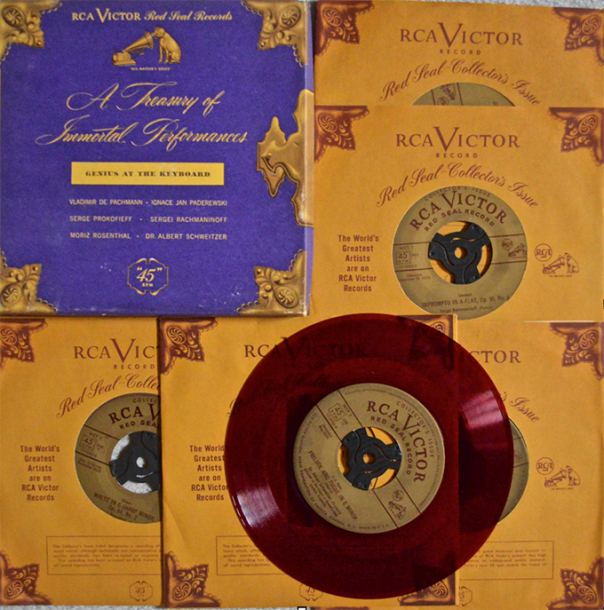 The world’s first 45rpm records went on sale on Thursday 31 March 1949. No specific title can lay claim to be the first 7-inch 45rpm disc ever released, as singles by 104 different artists were issued simultaneously by the RCA Victor record company on that day. Every one of these recordings had previously been released by RCA on the old-fashioned 78rpm records, so there was nothing truly original here.

Originality however came in colour. The first RCA 45s were marketed in coloured plastic, seven different hues identifying varying shades of music. Classical music was on red vinyl, popular classics on dark blue, folk and country on green, children’s on yellow, international on light blue and rhythm and blues on orange. What was deemed Pop music retained the standard black.

Referred to as doughnut discs, these American 45s had large holes in their centres to make multiple disc playing easier on the new (RCA) automatic record players. RCA’s major breakthrough before launching the format was the autochange record player, so a stack of 45s could be put on a spindle and played in turn.

In Britain, when they finally arrived, 45s retained the smaller hole of the 78s, and of the thirty-three and a third rpm LPs invented by US Columbia, but gave a press-out option for the larger hole. The actual size was six and seven-eighths of an inch on launch.

RCA and Columbia had battled out competing formats in the “battle of the speeds” of the late 40s. Both companies intended their system to be the universal one. RCA invented the autochanger, showing how eight 45s could amount to the same length as Columbia’s LP format, which then had a maximum length of twenty-two and a half minutes. What happened was that Columbia initially won the classical and easy listening market, which prized the seamless piece of music, while RCA won the popular market with single tracks. Both companies were forced to compromise and adopt the other’s format, giving us the 45 and the LP. Early on, Columbia claimed “LP” as a trade mark, but soon found it better to let everyone use it (as happened with “CD” later).

RCA felt that the 45 gave superior sound to outweigh the inconvenience of the shorter playing time. Technically the faster a disc spins, or the faster a tape revolves, the higher the maximum frequency that it can reproduce, because one second of music takes up a greater area. In Perfecting Sound Forever, Greg Milner says:

Even today a well-made 45 sounds noticeably better than it’s 331/3 counterpart. 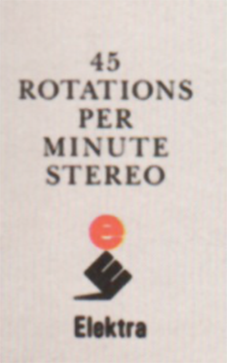 It also sounds louder. Incidentally, rpm’s “revolutions per minute” got altered by WEA in 1989, when they started printing rotations per minute on disc sleeves.  Ironically, Elektra was the label for Tracy Chapman’s Talking ‘Bout A Revolution.

Culturally the 45 was destined to make its name for pop music, and particularly rock music, although in 1949 that was still in the future. From a rock historian’s point of view the most noteworthy of all those first 104 singles was Arthur Crudup’s That’s All Right, which like all the others had been recorded some years earlier on a 78. (That’s All Right was first recorded in 1946). Not being in the Bing Crosby league, the song did not mean a great deal to the general buying public in 1949, but it was well-known enough in the American South where the young Elvis Presley grew up and whose own recorded version in 1954 helped change the direction of music forever.

The 45 reigned supreme for at least four decades, remaining oblivious to new technology far longer than would make sense. Facts speak for themselves. The 45 is a durable piece of art, the 78 a fragile and clumsy artefact. 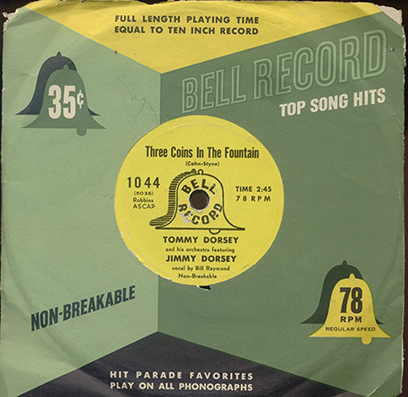 There were hold-outs. Bell, as a US major, decided that unbreakable vinyl was good. Seven inches was good too, but that they’d stick to 78 rpm. They advertised “full length playing time equal to a ten inch record” but then added the advice “For best results use LP needles.” They were still issuing 78 rpm seven inch vinyl in 1954. 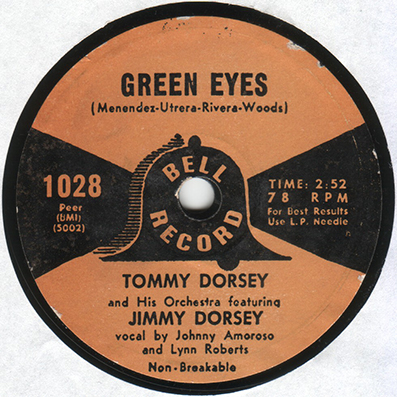 In Britain, the hold outs were children’s records. Some were on 10” or 6″ discs, but most were on seven inches way into the 1960s.  The 78 rpm playing time is perplexing. Were there children’s semi-toy record players with only that speed? 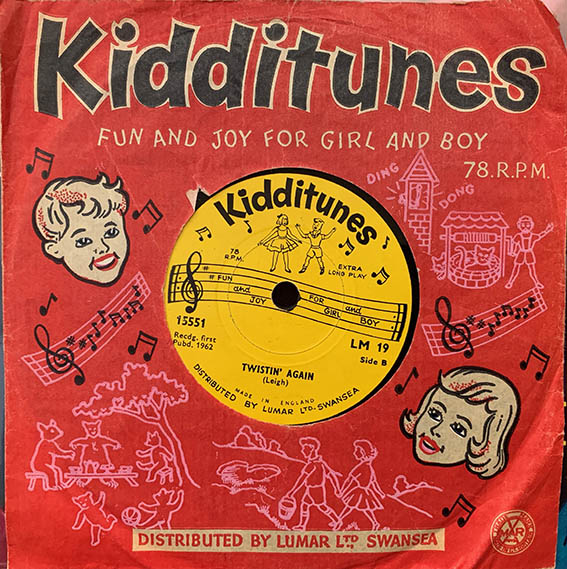 This 1962 knitting pattern shows that by then, in Britain, 45s were for pop, LPs were for classical and easy listening … a perception that lasted for another 5 or 6 years for many younger listeners.

The 45s on Oriole, Top Rank and Columbia date this to early 1962. That yellow Oriole sleeve was introduced in February 1962, but has the wrong disc in it. The Columbia sleeve was replaced late January 1962.